5. Ficlet: In honor of Father's Day, have your muse write a fic about fathers or fatherhood. Who is a father figure for them or who in their lives might they play the father to? Or, talk about the relationship of your muse to their father in detail. 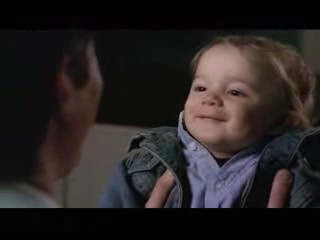 This Father's Day comes with a mixture of both sadness and joy for me, for while I have my beautiful son to share the day with, there are shadows hanging over the day that I can't ignore. For the first time in my life, I'm without my own father, having lost him earlier this year after a hard fought battle with cancer. I'll be the first to admit that I didn't see my father as often as I should have since I came to the States, but, it was never because of anything he did, and I know he knew that.  When the news came however of his illness, there was no question of my going back, he was my father, I'm a doctor, I had to know that the care he was getting was the best it could be. I tried to convince my father to come back to Chicago where I knew there would be specialists we wouldn't find in Croatia, but he refused to leave his home, his friends and family.  I think without saying it he knew there would be no coming back from the journey he was starting on, and if his time was coming he wanted it to end in that place that had taken my mother and others before her. I wasn't with my father when he died, and that's something I will never forgive myself for.  However, if I have that as a last regret, I can find comfort in knowing that my father knew that Niko and I had at long last reconciled, and if asked to choose between the two, I have no doubt which he would have selected.

It seems a lifetime since I'd thought of Father's Day as a holiday I could look forward to, perhaps because it's arrival only served to remind me that for almost 17 years my children had laid buried a world away from me. I know it wasn't fair to my father for me to look at it that way, but, how could I feel any differently?  Each year as the holiday rolled around I would see the stores beginning their promotions, see the ads on television, and I would know that I would never again know that sensation of feeling my child's hand in mine, I'd never again share a story with them, never listen to a whispered secret, or chase away the monster that hid in theshadows or under the bed.  Even as I thought of those perfectly normal things I was missing out on, I couldn't help but remember the hell Jasna and Marko were forced to endure in those final weeks of their lives, the sacrifices we asked of them, and the all too real fears I wasn't able to protect them from.

As hard as it is living with my losses this Father's Day, there is an undeniable bright spot in the day for me and while there are times when my thoughts drift to those no longer here, I only need look at Joe to find what I need to go on.  I don't know how to explain how much my son means to me, how much he has given back to me. He is my life, my reason for waking up in the morning, and I would do anything for him.  I can't explain how hard it was being away from him for those six months I was in Croatia nursing my father anymore then I can explain how full my life was when he was with me for those weeks when we went back to bury him.  I look at Joe now and I am fully aware that he is just a month older then Marko was when he died, and I can't help but find myself making comparisons between my two sons.

There are times though when I find myself holding my breath, when the fear creeps in and I wonder if God will find a way to take this child from me as he took my first two.  I can't help but think that this is likely to be something that will stay with me until Joe passes the age Jasna was at her death, and only then will I be able to really let go of their ghosts.  I want Joe to know his brother and sister even if it is only their memories because they are a part of me, and as such they are a part of him.  So, on this Father's day, I'm finding a way to celebrate not just my father, but the father I was to those long gone, and the father I am now, for I know each are equally important, and without those who are now gone, I wouldn't be the man, I wouldn't be the father I am today.

Posted by AzizalSaqr at 1:56 AM