State of the Mun 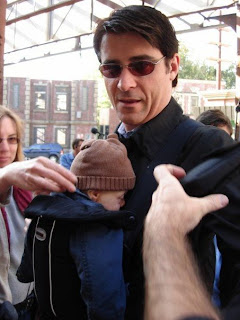 My apologies for the inactivity on my blog, this year has not been kind to me healthwise I'm afraid. I began the year with gall bladder surgery followed a week later by a fall that resulted in a spiral compound fracture of my right arm, a week in the hospital, and a titanium rod from shoulder to elbow. Over the next three months I worked my way up to three days a week of physical therapy. Now, 10 months later I still battle, weakness, pain, and swelling from the break as I continue to regain the arm strength. As if that wasn't enough, continued stomach issues revealed that I suffer from an ulcer and gastroparesis, a partial paralysis of my stomach muscles. I was placed on meds for both, but, the ulcer is not healing as it should and if that doesn't change, I may have to undergo a partial removal of my stomach to remove it. What this all has meannt is that my writing has been placed on the back burner. With luck, and a positive medical outcome, I'll be back writing again after the first of the year.

Thank you for your patience, and for following my blog.
JD
Posted by AzizalSaqr at 7:27 PM No comments: