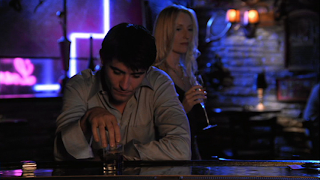 Her name was Valerie, and she walked into my life at a time when it seemed like everyone else was walking out of it, or at least everyone who mattered that is. I suppose I couldn't really blame them, I'd become someone even I didn't want to be around, and as much as I wanted companionship, I was doing nothing that made anyone want to spend more than a few hours with me at most.

I met her in a bar. I was sitting at the bar alone, doing my best to drink myself into a stupor before finding my way home, a habit that was becoming far too common at the time, when she approached me. I wasn't surprised when she stopped to talk to me, women hit on me all the time, and back then I was taking advantage of it more than I want to admit. I needed to be with someone, I needed someone to hold me, to show me I could be loved again, even if it was only for an hour, and even if it was a stranger.

I guess what made her different from those that came before her, and even those that would come after, was that she was the only one I ever paid. Don't get me wrong, I didn't immediately jump at her offer, if anything my ego was a little bruised by it. Why should I have to pay a woman to spend time with me? But at that moment, in thinking about it, I knew I was alone, and I needed so very badly not to be, so, I said yes, and that night became the first of many I spent in her company before I found my way out of the darkness that I was living in.
Posted by AzizalSaqr at 5:03 PM