Nov Prompt Qc) What do you think is the most amazing thing that anyone has ever accomplished? /Creative Muses 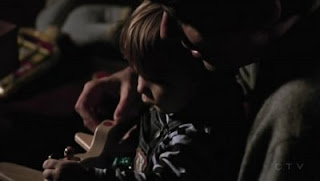 As a doctor, as someone who survived a war, and as someone who has chased death more often than any one person should have to in their life, I suppose the expected response would be for me to say it is having the ability to hold someone's life or death in your hands on a daily basis. You would think I would say that, but, I can't, because for me, there is one greater accomplishment that I didn't realize the importance of until I thought it had been lost to me.

I married my first wife, Danijela, when I was 20, and she was just 18 and within a year of our beginning our life together, we welcomed our first child, a daughter, Jasna. Within three years we welcomed our second child, a son, we named Marko. I loved being a father, and though work and classes often kept me away from them more than I liked, when I was home, when I wasn't studying, I wanted nothing more than to spend my time with my wife and children.

And then they were gone.

I thought my life was over. I wanted it to be. I prayed for the next mortar that fell to strike the building I was in, for a sniper's bullet to find me as I walked the streets of Vukovar in the days and weeks after they were laid to rest, but, they never came. Even in those final days, as the City fell to the Serbs I was left to wonder why I would be one of those spared when so many close to me would perish.

Danijela and I were only married for 5 years, but, it may have well been a lifetime for the love we shared, and without her and our children, I was nothing. I was lost, I was alone, and I couldn't understand why God refused to allow me to join those I loved in death.

It took years for me to learn the reason behind his sparing me. Years that would lead me far from the memories that still sometimes visit my dreams. In time I discovered I was able to love again, and with that love I rediscovered the one thing I thought I would never know again.

Parenthood. Fatherhood. The day I looked into my baby son, Josip's face I knew there was nothing more amazing, no greater accomplishment in fact, than the ability we have to create new life and with it to become a parent. To this day, I hold my son, and he seems to have a power over me that I can't explain. It doesn't matter what my day has been like, one look at his face, seeing his smile, and everything pales in comparison.

In the beginning I was worried that Joe would be taken from me as Jasna and Marko had been, but as the years pass, those fears have faded as well. As I watch him grow from infant, to toddler, to this amazing little boy who wants to know and do everything I can't imagine not being here to share those experiences with him, and I thank God for not answering my prayers all those years ago. More then anything though, I want to teach him all of those things I wasn't able to give to the brother and sister he will never know. I want to be the father to him that I would have been to my first children had they not been taken before they had a chance to experience life as he now is.
Posted by AzizalSaqr at 8:36 PM