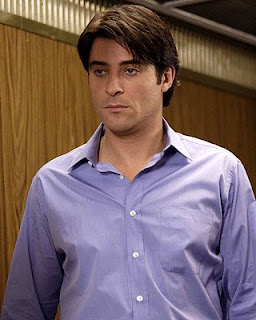 Albert Falbrizzo remained silent for a long moment, truth was he was taking perverse pleasure in watching the woman's anxiety rise the longer he delayed her. Finally, he released a smile and lifted the gun from Luka's chest.

"All right, but, I want his wallet and cell phone before you do anything." He remained close as the small woman rushed to the unconscious man's side, dropping to her knees she fished through his pockets.

"Take them." She handed first her husband's phone, then his wallet upward, they were just things, none of them mattered as much as he did.

"Luka...come on, time to wake up." Abby dipped one of the napkins in the water before wiping the blood from his brow. When her actions prompted a soft moan from him as consciousness returned, she couldn't stop the smile from surfacing.

"That's it, you're all right." She applied even pressure to the gash, only to find she had to fend off his hands as he tried to stop her.

"No..." He started to sit, then groaned as she put her hand on his shoulder, pushing him back.

"Stay still for a minute, let me look you over." With Luka awake Abby felt a weight lift, the first hurdle was cleared, she held two fingers in front of his face.

"How many fingers?" As she waited for his response she gauged the size of his pupils, looking for differences in the size that might further indicate a head injury.

"Two." Luka raised his hand again, intending to rub his eyes only to find his efforts stopped yet again.

"I have a headache." He offered the complaint as if that might sway her.

"I'm sorry, but, you need to keep your hand down, I mean it." Her tone held a threat of implied violence, though both knew none would follow.

"What happened?" For the first time Luka looked past Abby, and as he caught sight of the man with the rifle he again started to sit up.

"He wants to sit up, the two of you can join the others, he's a big guy, he looks like he can handle it." Moving to Luka he grabbed his arm, yanking him to his feet before Abby could protest.

to be continued...
Posted by AzizalSaqr at 2:21 PM