43.4. Discuss something unexpected that happened in your relationship/Couples Therapy 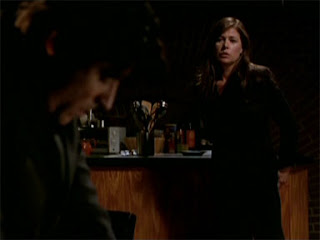 I wish I could say that Abby and I have been able to plan for all of the things we've been forced to face, but, I can't. I'd be surprised to learn if anyone could. From the first time we were faced with something like that, to the most recent, we can only accept that they've happened and find a way to learn from them, and hope our relationship is strong enough to survive them. It isn't even that some are welcome surprises, which is what I would have considered the news of Abby's pregnancy. We see things so differently though, and as much as I wanted that child, there were several days when I wasn't sure if Abby was going to keep him. At the time I'd told Abby that I would accept whatever decision she made, but, after having him in my life, I wonder now if I would have stayed had she chosen to abort him, and then I realize it's best not to go there.

We're facing the challenges of something completely different now, and I can only hope that we'll survive it as we did Joe's birth. I want to believe it's possible, I know we're doing everything in our powers to make that happen, and that includes both moving and changing jobs. I'm not sure that either of us thought something like this would happen to us, but, who does? Who wakes up and says today I'm going to cheat on my husband? That's what Abby did though, and we can't undo her mistake, all we can do is accept that it happened and try to move forward. We're hoping Boston will allow us to do that. Away from the people and places that offer constant reminders, we're determined to give our marriage another chance, I can only hope that it's not too late.
Posted by AzizalSaqr at 8:17 PM